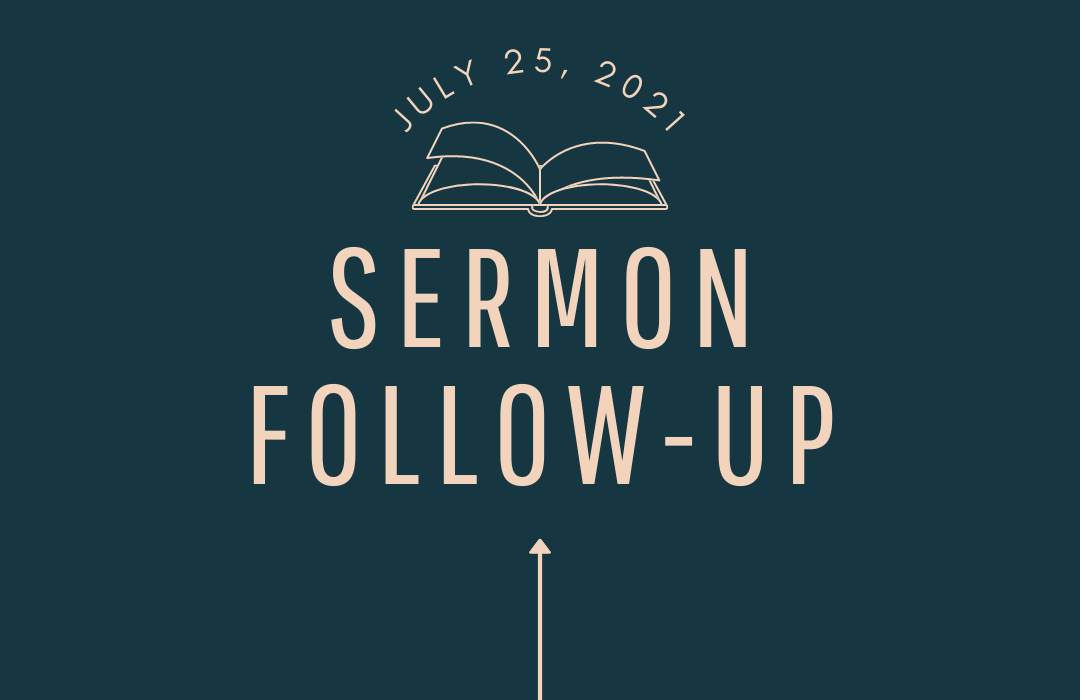 There really is a reason we exist – and there are foundational realities that we must understand. There is a grasping, an understanding, that is effectual, and a grasping that is ineffectual and futile. There is a dreariness and hopelessness to a life that doesn’t truly grasp those foundational realities of our existence. And each of us find something, or someone, to offer our lives to…the question is, is that thing, or person, worthy of our all?

“So they watched him and sent spies, who pretended to be sincere, that they might catch him in something he said, so as to deliver him up to the authority and jurisdiction of the governor. So they asked him, “Teacher, we know that you speak and teach rightly, and show no partiality, but truly teach the way of God. Is it lawful for us to give tribute to Caesar, or not?” But he perceived their craftiness, and said to them, “Show me a denarius. Whose likeness and inscription does it have?” They said, “Caesar’s.” He said to them, “Then render to Caesar the things that are Caesar’s, and to God the things that are God’s.” And they were not able in the presence of the people to catch him in what he said, but marveling at his answer they became silent. There came to him some Sadducees, those who deny that there is a resurrection, and they asked him a question, saying, “Teacher, Moses wrote for us that if a man’s brother dies, having a wife but no children, the man must take the widow and raise up offspring for his brother. Now there were seven brothers. The first took a wife, and died without children. And the second and the third took her, and likewise all seven left no children and died. Afterward the woman also died. In the resurrection, therefore, whose wife will the woman be? For the seven had her as wife.” And Jesus said to them, “The sons of this age marry and are given in marriage, but those who are considered worthy to attain to that age and to the resurrection from the dead neither marry nor are given in marriage, for they cannot die anymore, because they are equal to angels and are sons of God, being sons of the resurrection. But that the dead are raised, even Moses showed, in the passage about the bush, where he calls the Lord the God of Abraham and the God of Isaac and the God of Jacob. Now he is not God of the dead, but of the living, for all live to him.” Then some of the scribes answered, “Teacher, you have spoken well.” For they no longer dared to ask him any question. But he said to them, “How can they say that the Christ is David’s son? For David himself says in the Book of Psalms, “‘The Lord said to my Lord, “Sit at my right hand, until I make your enemies your footstool.”’ David thus calls him Lord, so how is he his son?” And in the hearing of all the people he said to his disciples, “Beware of the scribes, who like to walk around in long robes, and love greetings in the marketplaces and the best seats in the synagogues and the places of honor at feasts, who devour widows’ houses and for a pretense make long prayers. They will receive the greater condemnation.” Jesus looked up and saw the rich putting their gifts into the offering box, and he saw a poor widow put in two small copper coins. And he said, “Truly, I tell you, this poor widow has put in more than all of them. For they all contributed out of their abundance, but she out of her poverty put in all she had to live on.”” (Luke 20:20–21:4 ESV)

When we truly grasp the foundational realities of our existence, our faint hearts explode into lives of joyful offering to the One who is worthy of our all.

Some things were due the Emperor, but not everything. The Emperor demanded worship and outright allegiance and while some level of taxation was appropriate, worship and primary allegiance wasn’t his. Worship and absolute allegiance of all humankind is God’s, not Caesar’s. Humanity bears not the image of Caesar, but the image of God. Even Caesar belongs to God. Not one human doesn’t belong to God.

What greater mercy is there but to understand that we belong to God? And what kind of God is that? God who is merciful and gracious, slow to anger and abounding in steadfast love. He is the God whom the Psalmist cries out to in praise in Psalm 103 as he rejoices in God’s forgiveness and healing and redemption and justice and satisfaction and compassion and love and righteousness and faithfulness and so much more.

What is it that belongs to God? Well…everything…but specifically, WE do. And if we are to give to God what is God’s, what does that mean but that we who belong to God are to give ourselves, in whole, to God. What is it we must render to him? The answer is entirely clear and has no nuance. We must render ourselves to him.

Do you grasp that you belong to that God? How so? How would you describe how that reality informs your thoughts, plans, and actions?

“ …but those who are considered worthy to attain to that age and to the resurrection from the dead…,” (Luke 20:35 ESV)

The second foundational reality of our existence is that there is life after death. But the resurrection of the righteous where there will be no more death and joy of being alive to God eternally is only for the one who has become worthy by faith through grace alone in Christ alone. When we truly grasp that second foundational reality of our existence, our faint and weary hearts explode with purpose and meaning and incomparable hope as we give our lives to the one who is worthy of our all. A hope in Christ that far outlasts and is infinitely better than anything that we experience here. We were made for God and we were made to enjoy Him, and to do so forever – not only in this life but the life to come – resurrection life.

Do you grasp the incomparable hope in the Son we have? Do you live in the good of the promised resurrection amid the joyful, humdrum, and difficult days of this life? How so? Or why not? How might doing so prove beneficial?

Jesus is not a political liberator. He’s infinitely more. He is Lord in the most enormous sense. The Messiah is the Son of David after his human nature but he is more than a mere man. He is God Incarnate, he is the Son of God. This is the One by whom and for whom the world was made. This is the one to whom all things are due. This is the One who came into the world to save sinners. This is the One who came to his own only to be rejected by them and crucified by them. He is the Second Person of the Holy Trinity. He is heaven’s delight. He is the Father’s Beloved and Unique Son. He lives on in the power of an indestructible, resurrected life and will return for his own, to judge the world having been given all authority as the Son of Man. And as such, He is the one to whom all nations will one day give account (Phil 2:11). He is worthy of it all. The Son is worthy of our all.

Do you grasp the the identity of Jesus? His value? How does the infinite value of Jesus inform your private life? Family/Marriage life? Work life?