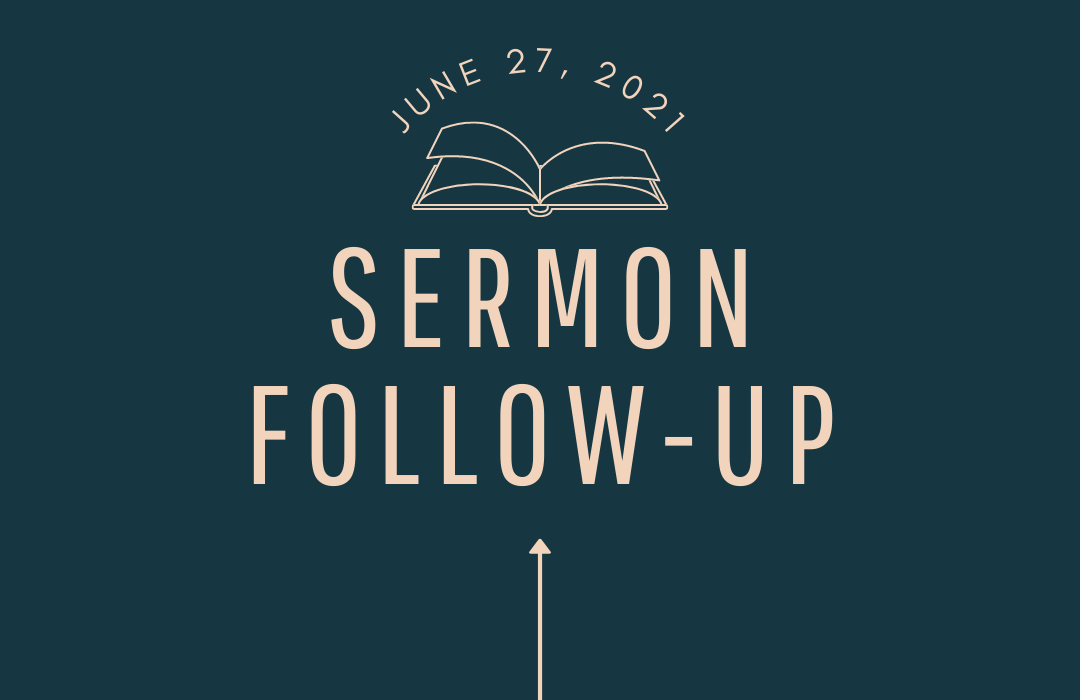 THE SERMON'S SUMMARY
Jesus told this parable to contrast himself and his rule with the rulers of this world, as he ascends the hill to Jerusalem as Messiah-King. He does so not to quell their excitement, or manage their expectations, but to totally realign their excitement, their expecations, their hopes, their dreams, their very lives. To move their sights off of the reestablishment of national Israel and retrain onto his Kingdom that revolutionizes hearts, redeems people from their sin, frees the imprisoned soul, opens blind eyes, and welcomes the outcast not simply into the kingdom, but makes them heirs of the kingdom.

THE SERMON'S TEXT
“As they heard these things, he proceeded to tell a parable, because he was near to Jerusalem, and because they supposed that the kingdom of God was to appear immediately. He said therefore, “A nobleman went into a far country to receive for himself a kingdom and then return. Calling ten of his servants, he gave them ten minas, and said to them, ‘Engage in business until I come.’ But his citizens hated him and sent a delegation after him, saying, ‘We do not want this man to reign over us.’ When he returned, having received the kingdom, he ordered these servants to whom he had given the money to be called to him, that he might know what they had gained by doing business. The first came before him, saying, ‘Lord, your mina has made ten minas more.’ And he said to him, ‘Well done, good servant! Because you have been faithful in a very little, you shall have authority over ten cities.’ And the second came, saying, ‘Lord, your mina has made five minas.’ And he said to him, ‘And you are to be over five cities.’ Then another came, saying, ‘Lord, here is your mina, which I kept laid away in a handkerchief; for I was afraid of you, because you are a severe man. You take what you did not deposit, and reap what you did not sow.’ He said to him, ‘I will condemn you with your own words, you wicked servant! You knew that I was a severe man, taking what I did not deposit and reaping what I did not sow? Why then did you not put my money in the bank, and at my coming I might have collected it with interest?’ And he said to those who stood by, ‘Take the mina from him, and give it to the one who has the ten minas.’ And they said to him, ‘Lord, he has ten minas!’ ‘I tell you that to everyone who has, more will be given, but from the one who has not, even what he has will be taken away. But as for these enemies of mine, who did not want me to reign over them, bring them here and slaughter them before me.’” And when he had said these things, he went on ahead, going up to Jerusalem.” (Luke 19:11–28 ESV)

THE SERMON'S PRIMARY POINT
Jesus compels us to live for the compassionate kingdom of God that is not of this world rather than being caught up in the ruthless kingdoms of this world.

I stated the following... "The kingdom of God has come and it is built not on a system of government or moral code, but on the Holy sovereignty of the eternal truth of Jesus, King of kings and Lord of lords. Jesus’ purpose as King was to give his life as a ransom for many, to give his life for others, not to annihilate them or have them join some other nationalistic religion. Rather, Jesus came to save a people for himself; to renew the world for that people and to reign over them with true liberty and justice for all who trust in him for ever and ever. May we join him in this, and not get sidetracked by what the voices of this world tell us is most urgent – on all sides of whatever aisles there are – but rather, to seek first his kingdom, loving him and following his example of compassionate and merciful sacrifice and servanthood, with a growing desire to see many more brought into this kingdom where forgiveness and mercy and compassion abound; where true freedom and joy, satisfaction and life is found in knowing, and being known by, the eternal King."

APPLICATION
How will you join him in his kingdom that is marked by compassion, mercy, sacrifice, servanthood, forgiveness, freedom, joy, satisfaction, and life this week? In your family, in your neighborhood, in your workplace, in your social media activity, in your political engagement?

Josephus
Antiquities of the Jews